Chesapeake Brewing Company is the only craft brewery in the city of Annapolis! Until two months ago, they were the only one in the entire county. How can an eastern seaboard state like Maryland still struggle to produce breweries and ease liquor laws? I was shocked to learn of the state of affairs in Maryland, and the co-owner of Chesapeake is far more unsettled. In the main photo for this post, you can see just how close the brewery is to the steeple of the state capitol.

With their location, Carolyn and Dave Marquis have worked with state-wide business leaders to forge a new regulatory environment in the state, fighting for HB518 in the Maryland State House. Many craft breweries, distilleries, and wineries have partnered to release a pamphlet of information for consumers to find other liquor businesses in Maryland. This map of all the state’s craft beverage businesses is available at Chesapeake. 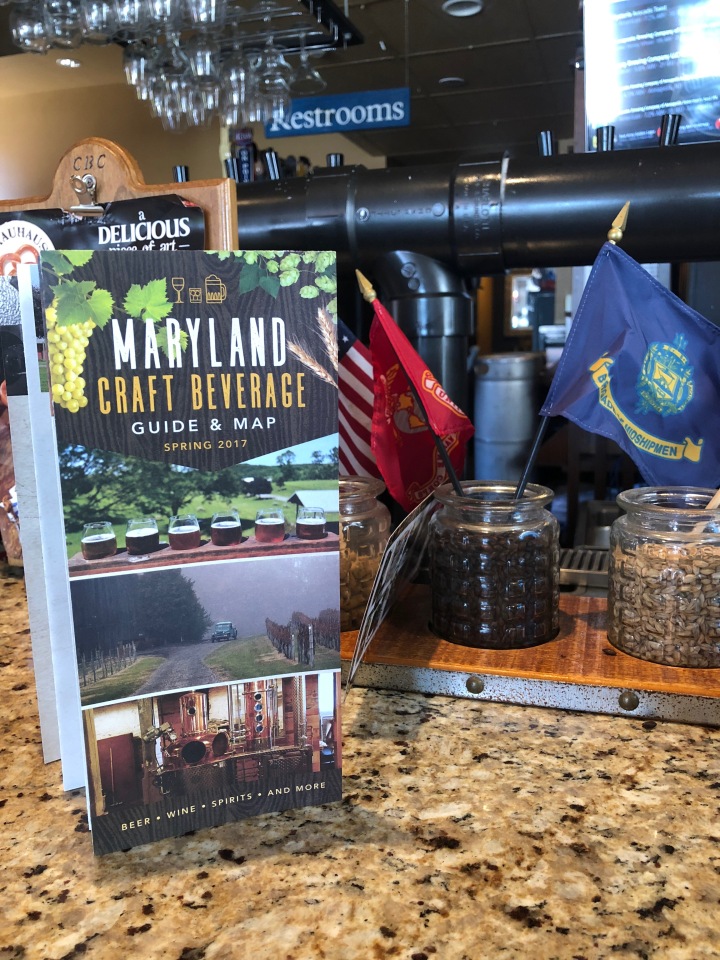 Part of their commitment to this issue is sharing other craft beers at their brewery. There were at least two outside beers available when I visited. The hallway to the restrooms shows the tap handles they’ve collected over the years, many of which were poured through their own taps here. 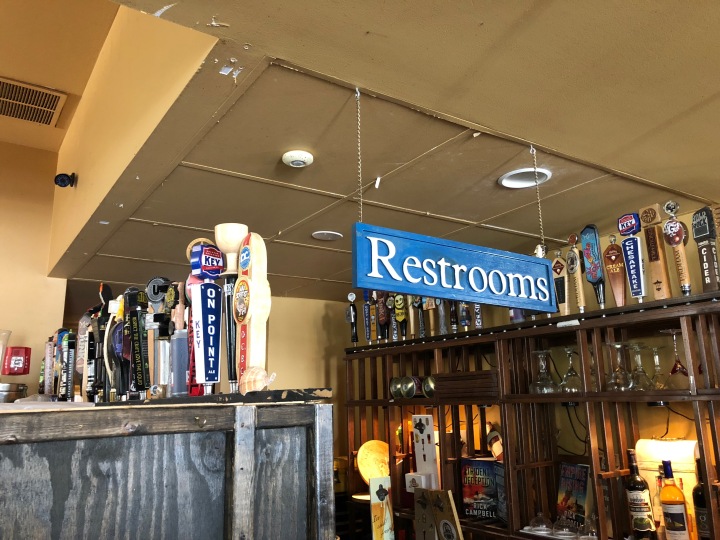 With the size of their operation, Carolyn and Dave must sell 51% food and 49% drink to comply with state law. To distribute, they would have to enter into a lifetime contract with a distributor and buy their own beer back from them if they wanted to sell it themselves in their own brewery space. 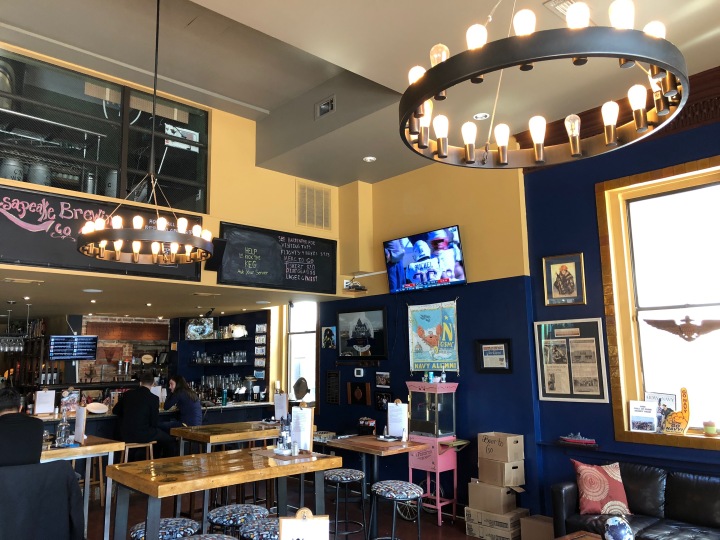 Dave is an alumnus of the United States Naval Academy, Class of 1985. While Carolyn and Dave were stationed in San Diego, he began brewing as a hobby because the craft beer fanatics were just getting started in California. By the time the couple got back to Annapolis, they were ready to start brewing for a business. Dave was a pilot after graduating from Navy, so he has a personal spin on the traditional beer flight. You can drink your beers off of a wooden F/A-18 Hornet tray.

The brewhouse is small. They use a 3bbl system to fill the tap lines at this one location. They used to have another, but due to the restrictions, they are forced to maintain only one now. When you walk through the front door, you can see the brewing area on the second floor above the bar. 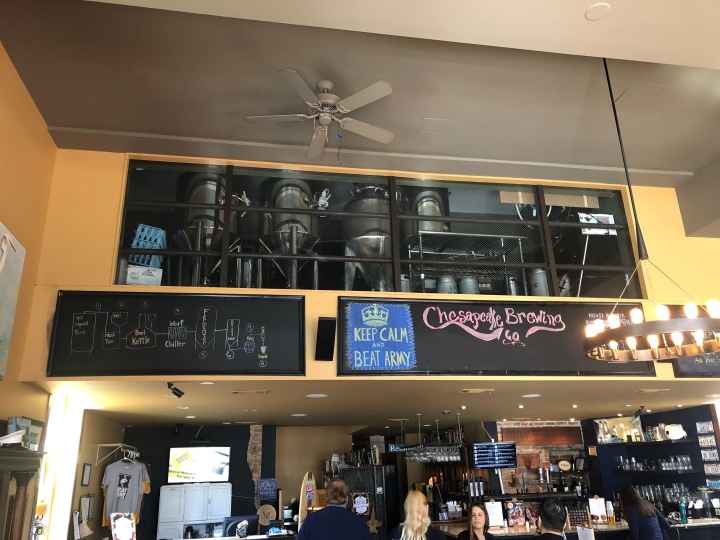 Without a doubt, their most popular beer is the Beat Army Golden Lager. A simple golden lager, it will be a great craft transition for fans of big American domestics. In Annapolis, talking smack on Army is a brilliant way to make friends. Chesapeake offers drink specials for US Naval Academy graduates, too. I bet they will remember their time when they head to the bathrooms. 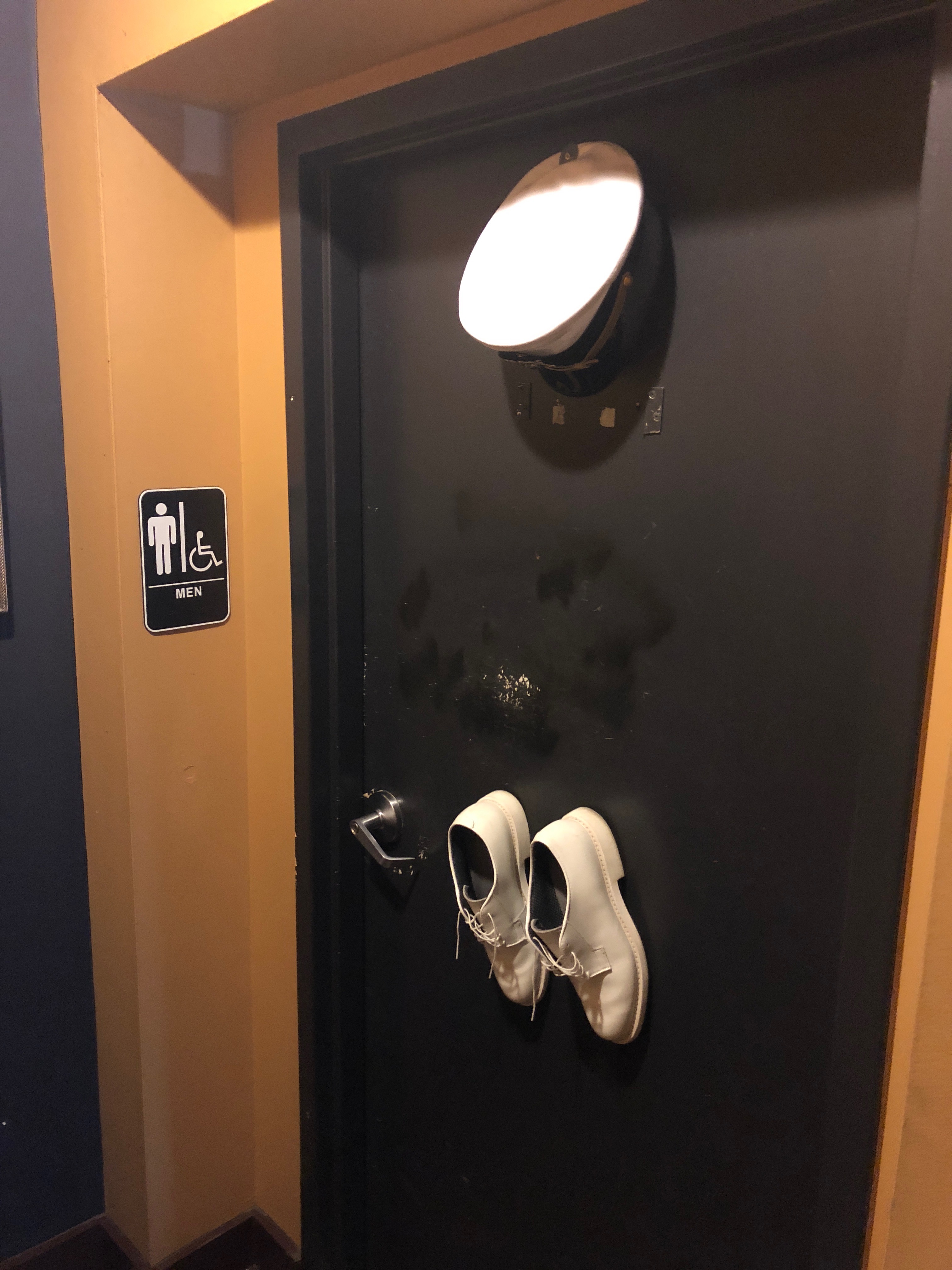 Chesapeake Brewing Company will continue to battle for their business freedom. Their crowds are enough to keep them going, but their eagerness is dampened by the State House. It is always an honor to visit businesses run by military members. I look forward to stopping by again the next time I’m in the city. Annapolis is a beautiful, historic town with a lot of great storefronts, a swarm of Midshipmen on the sidewalks, and beautiful waterfront views. Consider adding Chesapeake Brewing Company to your next Annapolis itinerary!