Local is Nebraska’s one-stop shop to drink beers from across the Cornhusker State, with four locations between Omaha, Gretna, and Lincoln. In three years, it has helped the entire craft beer industry gain traction by serving 80+ local beers in one room. At the beginning, there were nine breweries vying to get into their tap lines. Three years later, there are almost thirty. Local is helping the most rural of Nebraskan breweries by converting people to craft beer. 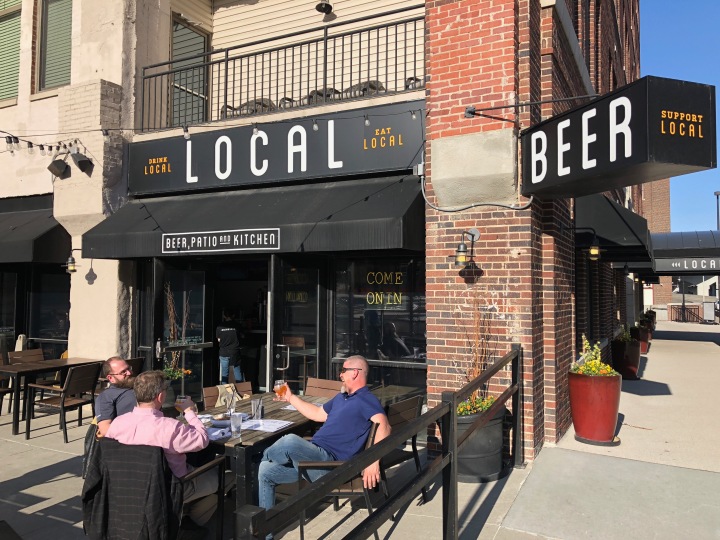 Owner Charlie Yin left his finance job at Goldman Sachs to join Omaha’s service industry. The Yin family also manages Hiro 88 with locations in Omaha and Lincoln. A few beer spots in the city are more focused on national or even global scales. Some places in Omaha allow you to get a beer from any corner of the world.

At Local, at least 97% of the beer is from Nebraska. Your “Bud Light friend” will find what they need at Local, but it’s going to cost them over $4. The entire concept of the business is to help you support local workers, hops, and beer. 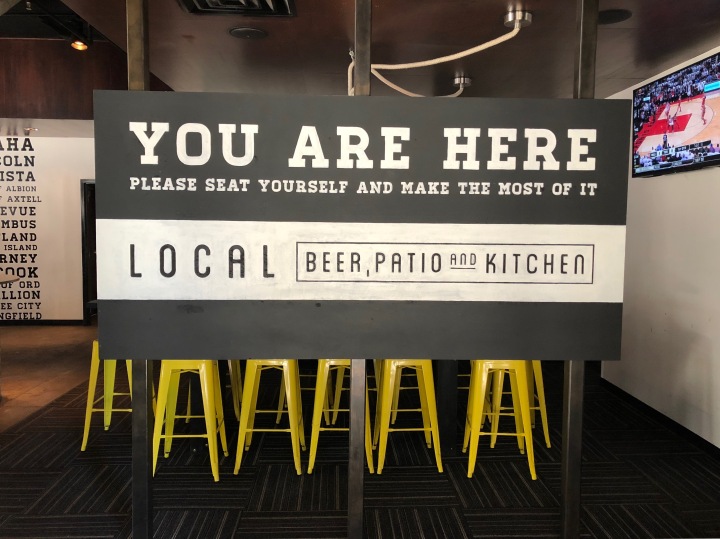 The first thing I noticed about the place was the menus. One side lists beers by brewery. The other lists them by style. I’m willing to bet that you could convert a liquor drinker into a beer drinker by presenting the options in such a clear way. Of course, there’s still a full bar with about any cocktail you can imagine, but it’s never been easier to talk them into beer. 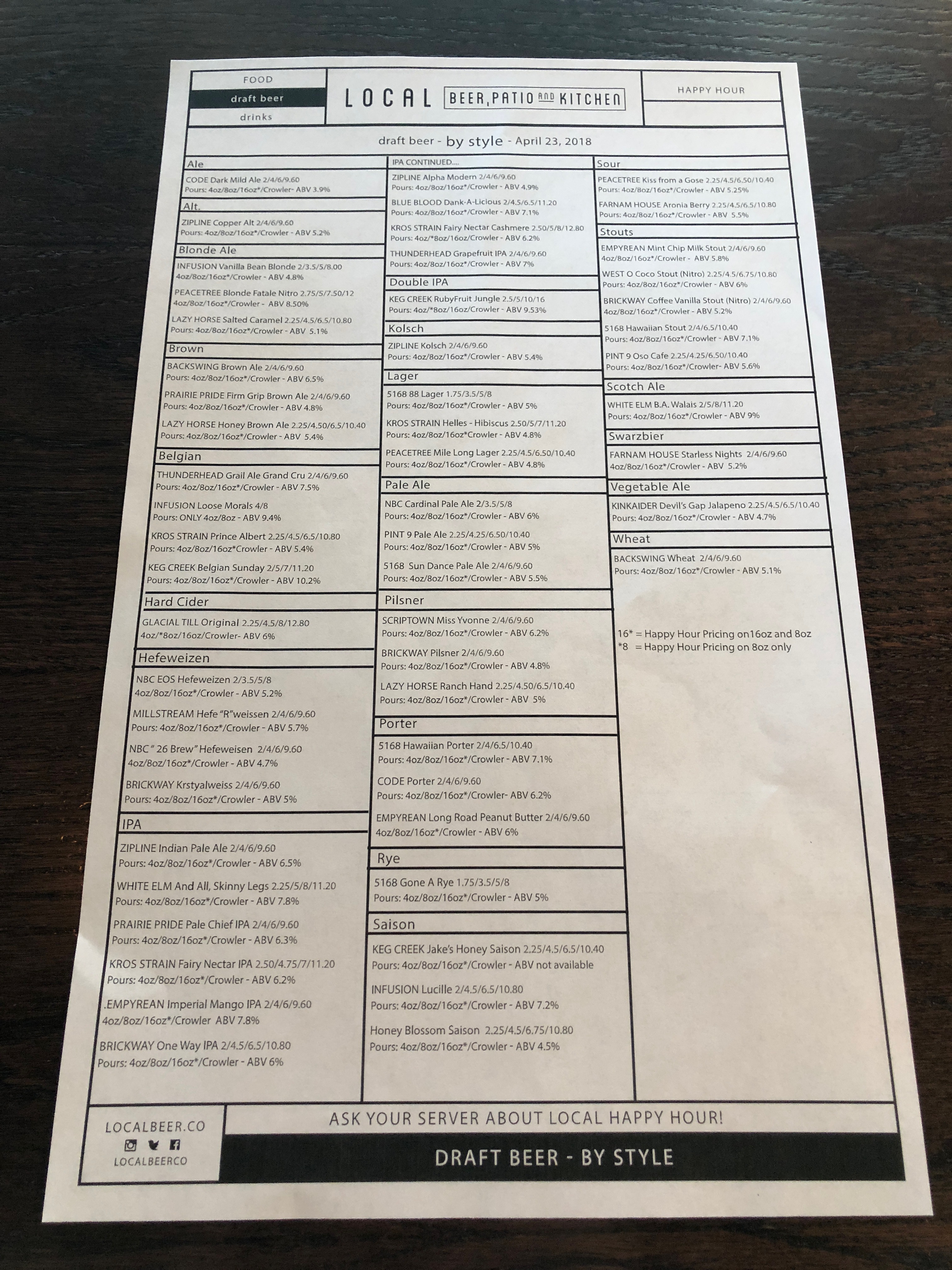 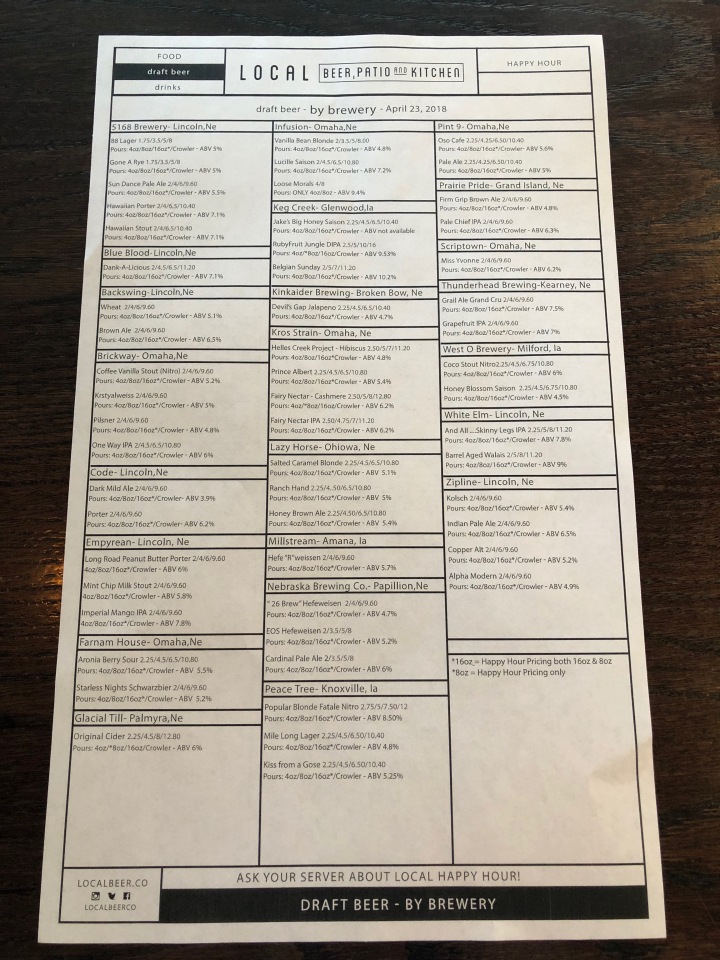 Anyone new to beer or someone who’s caught in a rut may be hesitant to try something new. On their own website, you can tell their program which beers you enjoy, and the website will give you some options that are similar to that. You might enjoy it enough to try the next one and the next one. Pretty soon, you’re drinking Vanilla Bean Blonde, which is basically an ice cream cone!

Happy Hour is also a big deal. Specific deals can be found online, but the cans and bottles are half off, while other draft beers are close to that. Food is also discounted. The back party room is open for reservations! Have your next work event or other celebration in the private space.

Local stands as guardian for Nebraska breweries to grow. It is an advocate for the craft beer scene in the state. Local is 100% committed to the rural brewer, ready to launch their products on a larger scale than Ord, Axtell, or Broken Bow. Come experience all parts of Nebraska from these four simple gastropubs scattered in urban centers.

Back in north country this week for a 4th of July camping trip
Snagged a quick @summitbeer Extra Pale Ale today at a @twins game
My post about my visit to Ghost River Brewing Company in Memphis, TN is up! They’re the oldest brewery in the city
I promised to be honest about my home brewing failures, so here it is. That’s the basic story. Keep reading for details. I brewed my graham cracker beer on March 30th and took it out of this bucket on April 9th. You can see how there are a couple layers in the fermenter. All that solid stuff at the bottom must be the graham crackers, honey, cinnamon, and brown sugar I added in the boil and into the bucket. That beer-colored region at the top half of the black circle is the liquid. I got about a dozen bottles instead of the 35 I was hoping for, and it wasn’t anything like graham crackers. Originally I was bummed I wasted my time brewing, but now I discovered a way NOT to make a beer! Do you have any suggestions for next time?
I had a great time with the @stlouisblues last night winning 4-3 over Winnipeg! These special edition Budweiser cans are a celebration of STL sports! Snag them while they’re still here. Cheers!
I’m at the Cherry Blossom Festival in Washington, DC. This @kirinichibanusa appears to be from Japan. Am I a millennial yet?